Javed Akhtar is often in the headlines for his controversial statements and people leave no chance to troll him for his opinions. This time is no different as he is under the radar of trolls for defending Aryan Khan’s case and comparing it with the Adani Port drug case. Khan was arrested in connection with possession of drugs aboard a cruise ship.

A lot of Bollywood celebs have supported Aryan and highlighted how it's a deliberate attempt to defame Shah Rukh Khan and his family. Now, Javed Akhtar, in one of the press conferences in Mumbai has addressed the issue and said Bollywood is being targeted. Akhtar told reporters, "This is the price the film industry has to pay for being high profile. When you're high profile, people have fun pulling you down, throwing muck at you. If you're a nobody, then who has the time to throw stones at you?"

Without taking names, Akhtar said how Aryan Khan’s arrest became a National news and media has completely ignored the case of "one billion dollar" drug recovery from a port, referring to the seizure of 2,988 kg of heroin at Mundra Port located in Kutch district of Gujarat.

He went on to say, “You find cocaine worth one billion dollars at a port, somewhere else there were 1200 people where ganja and a total sum of ₹1 lakh 30 thousand is found, according to media reports. Now this has become a big national news but I haven't seen any headline on the billion dollar cocaine.”

Here’s the video of the event that has been doing the rounds on internet:

#WATCH | I've not seen any headline on recovery of cocaine worth 1 billion dollars at a port but the recovery of charas or ganja worth 1.30 lakh has become national news. This is the price film industry has to pay for being high profile: Lyricist Javed Akhtar in Mumbai pic.twitter.com/OmaO2UsQL7

Javed Akhtar’s statements haven’t gone down too well with the people on social media who are now bashing him for supporting and defending Aryan. They also said that he should have read the news about the Adani case being investigated before making these comments.

Here are the reactions: 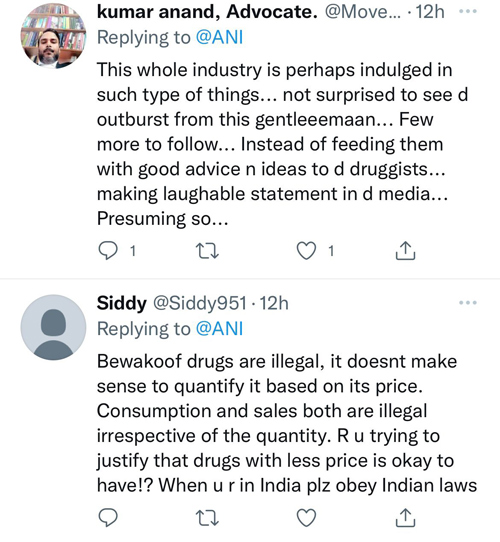 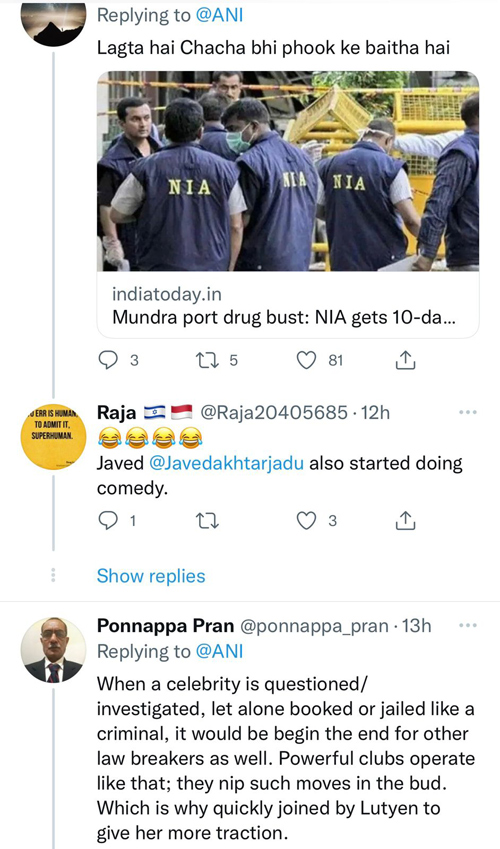 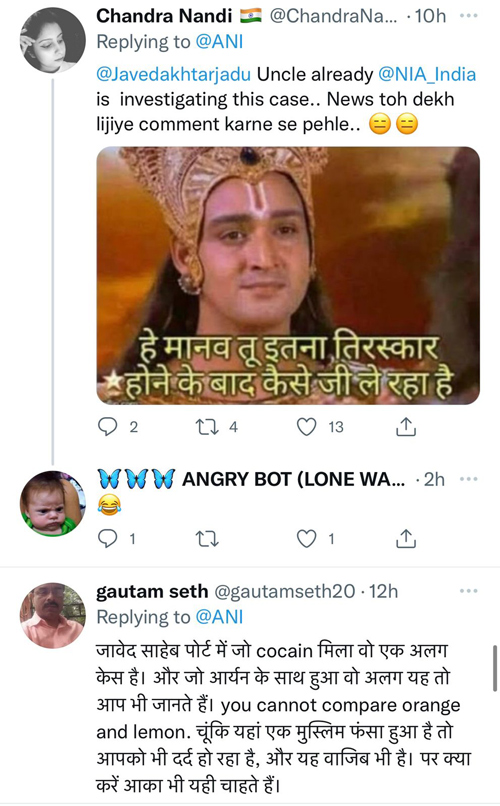 What do you have to say about his statements? Let us know in the comments section below.