After SRK visited his son Aryan Khan in Arthur Road jail yesterday, the NCB officials reportedly conducted a raid at Ananya Pandey’s house and she was later summoned for interrogation. The NCB had submitted some WhatsApp chats from Aryan’s number to the court and in one of the chats it was implied that Ananya was having a conversation around drugs, namely ganja with Aryan. 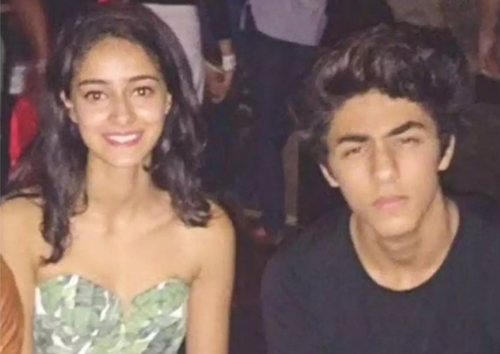 According to reports, the NCB showed Ananya Panday the exchange of conversation where Aryan had asked her if arrangements for drugs could be made. To this, Ananya replied, ‘I will raise’ the matter. On being confronted, Ananya said she was just joking with Aryan Khan. The agency claims that Aryan is a regular consumer of drugs. A lot of people are reacting to this new development and actually trolling Ananya for it.

Now whole #Bollywood will try to protect #AnanyaPanday by saying that she asked #AryanKhan for "Ganja (Bald)" not Gaanja.

Some people even compared her words ‘I was joking’ to her father’s character from Housefull series who keeps repeating ‘I am joking’ ( some mad observation skills though!).

Aryan Khan’s bail has been denied after he was arrested on October 2 in a drug raid on the Cordelia cruise ship and has been kept at the Arthur Road Jail. The plea has now moved to the Mumbai High Court and the NCB is trying to bust the bigger drug racket in the country with whatever leads that are coming their way.