‘Life Is Strange: True Colors’ Is A Great Game That Is Held Back By A Familiar Story

Life is Strange: True Colors is the latest game in the drama genre that emulates the script of many Netflix shows and combines interesting gameplay for an entertaining experience. Deck Nine Games have taken over the reins of the Life is Strange franchise and in many ways, the developers have done a great job. However, True Colors still has performance issues that broke the immersion and made me realise that this game could be great if it was more polished. Completing the game after 10 hours, here’s what I think about Life is Strange: True Colors. 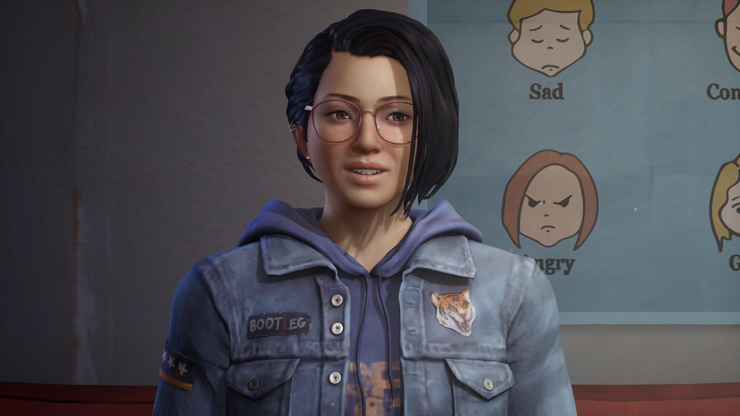 The game is set in a small mining town where your character Alex Chen has moved her entire life to live with her brother. Chen, being a recluse, takes her time to get used to her new surroundings and the new people she gets introduced to. Just as she starts to settle in the town, her brother Gabe dies due to a very shady event. Here’s where I have my first major problem; the narrative rushes into major events on Alex’s very first day in Haven. I would have preferred to spend a little more time with the main characters to be a bit more invested with the main story. I even remember my exact reaction to Gabe’s death: “Ok, what’s next?” I never got enough time to get attached to Gabe and his death didn't have much of an impact on me. 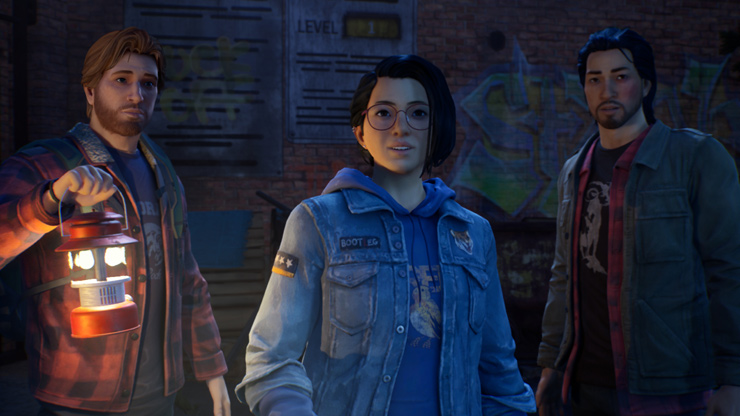 Anyway, Alex starts investigating Gabe’s death to find out what went wrong. It leads her to investigate the mining company 'Typhon', which happens to be the largest corporation in town and has a firm grip over its people for many reasons. I won’t go into it further as it will spoil a lot of the story but you get the gist of it.

However, I do have to say that the narrative felt quite unoriginal and it has some major pacing issues. At times, the story feels dragged on for no reason and then there are times that the narrative is being rushed. Even the main plot feels like something I’ve seen before on Netflix or HBO and could predict most of the revelations with ease. The only saving grace for the story is its characters who have more depth than any of the characters we’ve seen so far in the series.

Don’t get me wrong, I may have seen the story somewhere before but that doesn’t mean you shouldn’t experience it. There’s still enough mystery in the narrative that warrants at least one play-through. There are times when the game won’t be afraid from making you emotional or frustrated due to the circumstances in the story. If you’ve always wanted a game that somewhat resembles shows like Mare of Easttown or Stranger Things, this may just be it. Just think of Alex being a detective in a small who also happens to have a superpower. 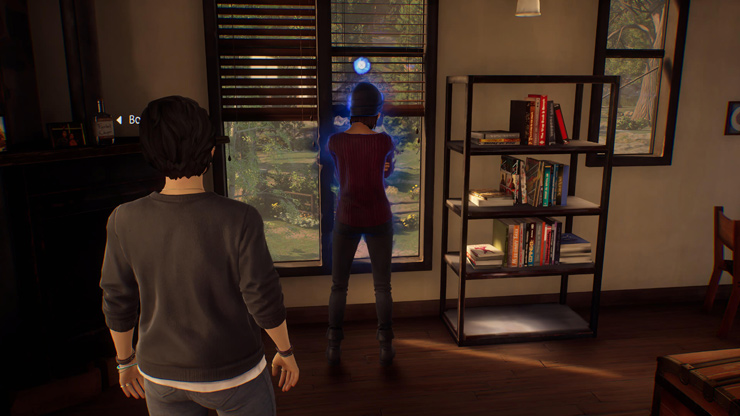 True Colors is much like previous Life is Strange games where you interact with the world and explore the small city similar to previous titles in the series. However, what’s new here is Alex’s ability to visualise an emotion and feel what the person in front of her feels. It sort of works like a mind-reading ability where Alex can identify how a person feels and make them feel better by bearing the emotion as well. The gameplay is by far the highlight of the game which feels even better when playing with a DualSense controller. Each time you interact with an emotion, the left trigger has different levels of resistance to represent how strong the emotion is. 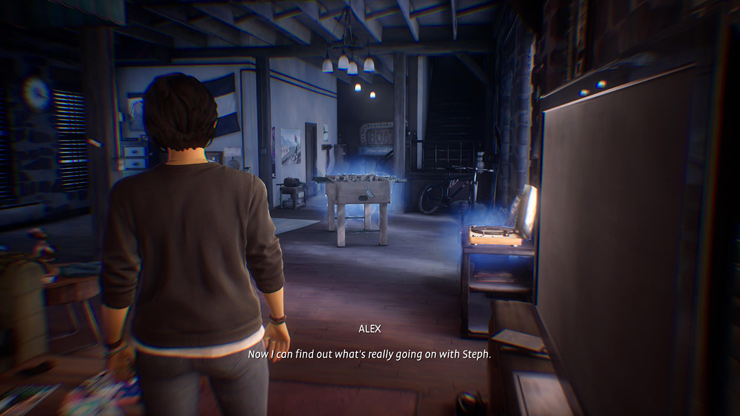 Alex's powers also go a step further where she can also interact with objects that have emotions attached to a particular character to solve their problems or help them go about their day. For example, my favourite part in the game was when Alex helped an elderly lady who has dementia. She scanned her entire flower shop by feeling what the lady was feeling and helped her remember what she was doing in the store. The gameplay also significantly changes after the third chapter where Haven has been turned into a LARP (Live Action Role Playing) playground.

I played Life is Strange: True Colors on the PlayStation 5 where, for the most part, the game looks gorgeous. Deck Nine Games has crafted a highly detailed city where you genuinely feel as if you’re in a small town in the USA. Character models look highly detailed and are the best I’ve seen yet in a LIS game. 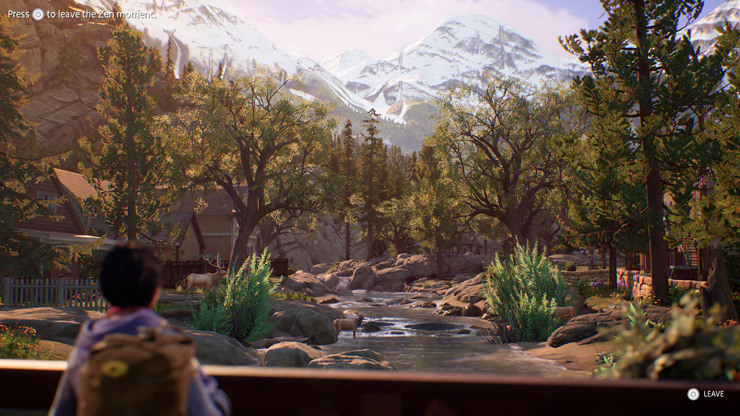 Having said that, the game does have some serious frame rate issues especially when you are exploring the city and open areas. There were a lot of stuttering issues as well that made me feel slight motion sickness. Other visual issues include random polygon/texture pop-ins during cut-scenes that broke my immersion on many occasions. Since True Colors is a narrative-heavy game, these visual discrepancies can be a nuisance. 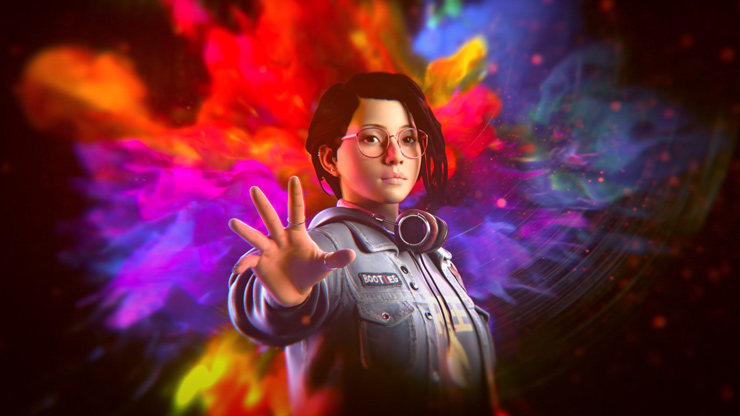 I also noticed Alex Chen going into ’T Position’ many times right after a cutscene which made me laugh each time. These issues can be fixed with an update soon as none of them is deal-breaking in any way. At the time of writing, these graphical issues persist throughout the game and I recommend experiencing True Colors once it has been fixed.

Life is Strange: True Colors is yet another narrative-heavy drama title in the series that lacks original storytelling and logical narrative pacing. Alex’s powers do add a layer to the story that could have been interesting, however, it’s held back with a story that you may have already seen before in a Netflix show. I recommend experiencing the 10-hour story after the developers have fixed many of the visual issues or, when the game is offered at a reduced price.