Convention, history, public figures and even the big TedX speakers all suggest one way to land a successful career and that is hard work. Relentless hard work and sheer commitment ultimately lead you where you need to be.

While all of that is necessary, one thing that often gets overlooked is creativity. Especially in today’s day and age where getting replaced is as easy as shopping online.

And one person who may have cracked that code is this bystander from the London train station who managed to land a job for himself in the most unconventional way possible.

A 24-year-old man named Haider Malik, unemployed but definitely not uninspired, tried to land a job in a way no one would have thought would work. 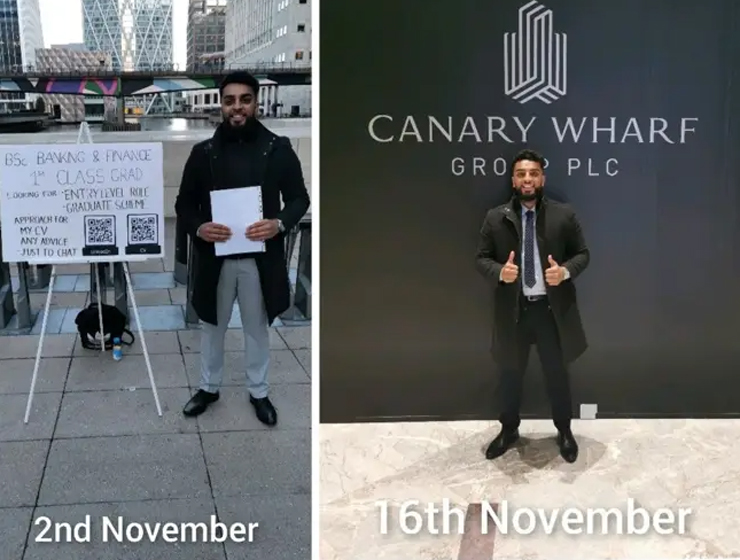 He stood at the London Canary Wharf station on Tuesday 2 November for almost three hours with a placard that read his educational and professional qualifications, all the while handing out pamphlets that contained his cv and one message - ‘looking for an entry-level job’.

And as someone who faced the brunt of the pandemic in finding a decent and stable job myself, the news resonated with me and others almost instantly.

How one job seeker pitched himself at Canary Wharf Tube station on a Tuesday, and had a job by the end of the week⬇ pic.twitter.com/CsDf7mNBM6

The pamphlet also read, “Approach for my CV, any advice [or] just to chat," and little did he know people would. By 9:30 am, Haider Malik had already received a message from the Canary Wharf Group asking him to come and interview for the role of a Treasury Analyst an hour later. 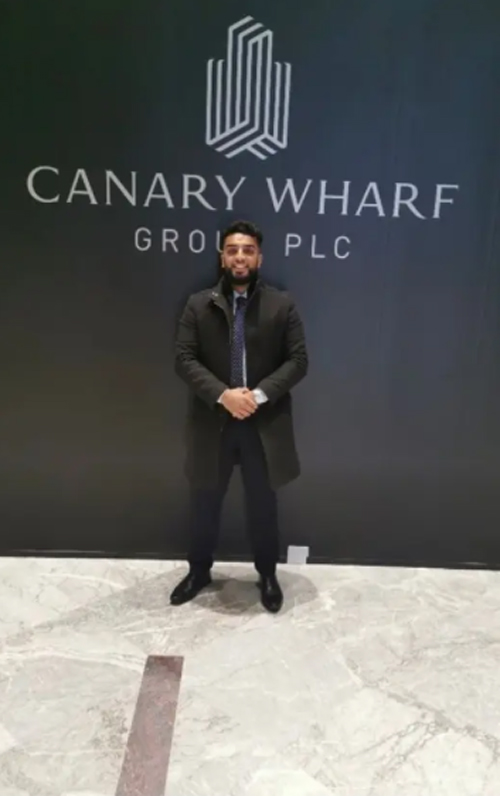 Speaking about the stunt he pulled and where it led him, Malik said, “I got a text message from the director of the department at about 9.30 am saying 'come in for an interview at 10.30 am. I had my car in the car park so I took the board and took all my stuff. I was like 'wow, this is crazy'.”

He went on to share, “They interviewed me on the 30th floor of a building and I'm overlooking Canary Wharf thinking 'wow, I never expected to be interviewed here let alone potentially about to get a job'." 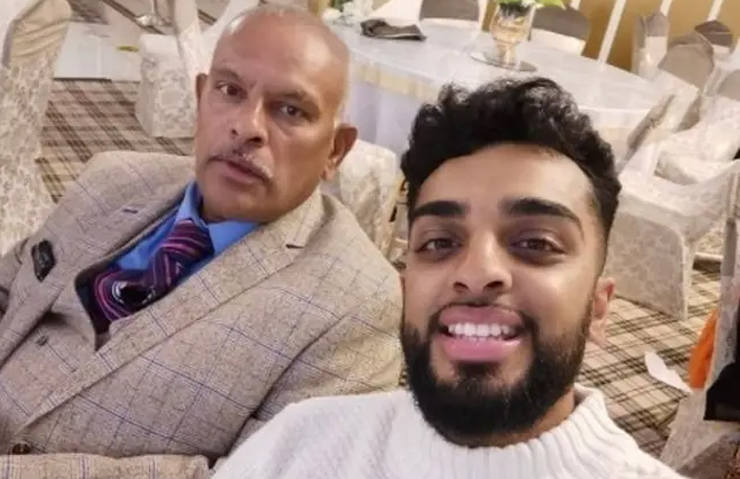 He had since then gone viral on social media, with his picture of standing at the station, CV in hand-typed on a placard being shared on LinkedIn and things just rolled in his favour.

Turns out, Malik was inspired by a 67-year-old-retired cab driver who moved to the UK from Pakistan when he was just in his teens and found a job with a similarly bold move that ultimately paid off.

He later shared his experience on social media where he wrote, “A lot can change in 14 days, I have accepted a role with the Canary Wharf Group plc, thank you to everyone that helped make this possible.”